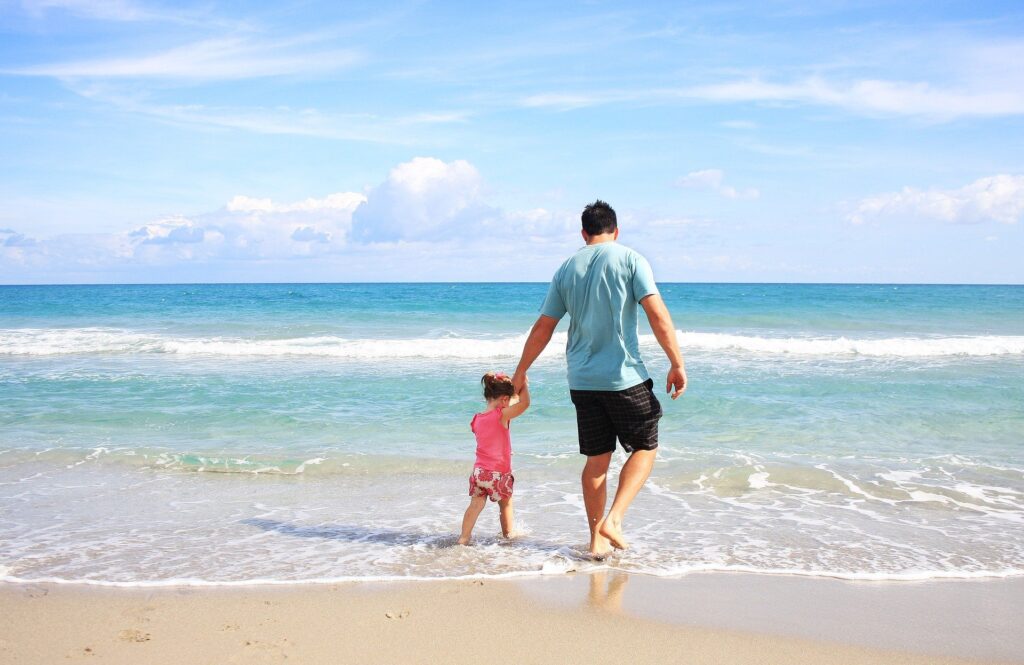 Thanks to the poet Henry Wadsworth Longfellow, everyone has heard of the “midnight ride of Paul Revere.” But few have heard of Israel Bissel, a humble post rider on the Boston-New York route. After the Battle of Lexington and Concord on April 19, 1775, Bissel was to raise the alarm in New Haven, Connecticut. He reached Worchester, Massachusetts, normally a day’s ride, in two hours. There, according to tradition, his horse promptly dropped dead. Pausing only to get another mount, Bissel pressed on and by April 22 was in New Haven—but he didn’t stop there! He rode on to New York, arriving April 24, and then stayed in the saddle until he reached Philadelphia the next day. Bissel’s 126-hour, 345-mile ride signaled American militia units throughout the Northeast to mobilize for war.

How might American history be different if it weren’t for men like Revere and Bissel to admonish the militia to get ready because the Brits were coming?

How might the lives of our children be different if we didn’t admonish them repeatedly? “Don’t touch the stove; you’ll get burned.” “You get down from there; you’re going to fall off and break an arm.” “You’d better get that homework done, because I’m going to check it in a few minutes.”

This morning, you and I are the products of our parents’ counsel, aren’t we? I drive quite defensively because the whole time I was learning to drive, Dad would say, “Son, look at that nitwit. I tell, you son, some people are ignorant.” Do you honestly believe I’d be preaching if it weren’t for my parents’ dragging me to church every Sunday when I was younger? Do you think I would have married a good woman? We are largely the product of our parents, aren’t we?

The same holds true spiritually. How many people will say will confronted with the gospel, “That’s not the way Mom and Dad did it. Look, if they did things that way, it has to be right”? How many people might say under the same circumstances, “Well, that’s not what my pastor says”?

This principle can also work quite positively. Think of our experience as a church. Aren’t there preachers’ in your past that can look very favorably upon because they brought you along in the faith and admonished you to do right? I think particularly of Brother Gerald and all the good he did here. Weren’t just about all of us, in one way or another, admonished to do right by Brother Gerald? Gene Burgess once told me that before he obeyed the gospel Brother Gerald had finished his sermon and the invitation hymn was being sung. Gerald stopped the song, look straight at Gene, and said, “Gene, what’s it going to take?”

That same principle is working in a different way in this passage. We still remember Brother Gerald quite fondly, but the Corinthians weren’t so fond of Brother Paul; both epistles to this church make it obvious that the Corinthians didn’t think all that highly of Paul. Still Paul had taught the church, they were his spiritual children, and he was going to admonish them. Let’s look at his admonition this morning.

Paul writes, “I am not writing this to shame you, but to warn you, as my dear children.”

Paul doesn’t wish to shame the Corinthians. He has written that the Corinthians are smug in their spirituality while he and the other apostles are facing death every day. If that didn’t shame the Corinthians, it should’ve. Here they believed they had everything together and they weren’t willing to rock the boat, while Paul and the apostles were going without the necessities of life to serve Jesus.

Although the Corinthians should be ashamed, that’s not what Paul’s going after. I think the reason Paul doesn’t really want to shame the Corinthians is really easy to see. How many of us have done something and then wallowed in guilt for a few days because we were terribly ashamed?

Paul says, “I don’t want you wallowing in guilt, but I warn you as my dear children.” Paul cared deeply about this congregation and he wanted to see them do the right thing. Therefore, he warns them about their behavior. The Corinthians needed warned about much of their behavior. They were divided over whether Paul or Apollos was the better preacher. They were arrogant because they believed they were intellectually superior to their peers. They were proud to have an adulterer in the congregation. They divided into segments based upon social class when it was time to eat the Lord’s Supper.

If Paul were to write a personal letter just to you, what things would he warn you about? Suppose Paul is writing by inspiration and so he has complete knowledge about what’s going on in your life and he writes a letter to you. What’s the apostle going to say to you? What things in your life need to be corrected?

Paul has just written that he doesn’t want to shame the Corinthians but he wants to admonish them to do right. In order to admonish them in right behavior, Paul provides them with a model of good behavior.

He says, “Even though you have ten thousand guardians in Christ, you do not have many fathers, for in Christ Jesus I became your father through the gospel,” v. 15.

The church in Corinth had ten thousand guardians. The King James Version translates the term here as “instructors” and the New American Standard Bible translates the term as “tutors”; however, guardian is really the best word. In the ancient world, the guardian wasn’t the teacher or tutor, but he was the one who made sure the student got to the teacher. The master would entrust his children to this slave, and he would make sure that he got safely to and from school. On the way, the guardian might help the child with his manners and once they arrived back at home, the guardian might have the pupil recite his daily lessons to him. But, he wasn’t really the teacher, for, as a slave, he likely didn’t have the learning necessary to teach. His role was to protect the child while he was not in his father’s house.

You might be thinking, “What a minute, Justin. You just said that ‘teacher’ was not a good translation of the Greek term. How can these people then be the teachers in Corinth?” The reason that I mentioned the Greek term and its meaning is that Paul is making an illustration about family life in the ancient world that the Corinthians would readily have recognized. The guardian was not responsible for the child’s education; the child’s father was responsible for that. The guardian was only responsible for the child’s education in that he took the child to school while the father worked at other things. Paul is saying, “I’m your father—a point he makes repeatedly throughout this paragraph—but I’m away, and while I’m away, it’s up to your guardian to make sure you get the education I’ve outlined for you to get.”

What should we take away from this text about guardians and fathers in the gospel. There can be no doubt that all of us have a father in the gospel—he may, in many of our cases, be our physical father, or he may be a preacher, an elder, a Bible class teacher, or some other Christian who taught us the truth.

But, I don’t think that a simple acknowledgement of spiritual fathers is all we need to take away from this. Honestly, I think this passage applies differently in our own age than it did in Paul’s day. Paul founded the Corinthian church by inspiration. Every word he spoke to the Corinthians, he spoke as God directed him. He laid hands on many in the congregation and they had miraculous gifts, including the gift to prophesy.

It seems simplest just to take Paul as the one who had laid hands on the brethren at Corinth. We know that Apollos could never have given them miraculous gifts, for Acts 8 tells us only an apostle could do that, and the evidence is a little mixed on whether or not Peter ever preached in Corinth. Surely before Paul left the Corinthian church, he laid hands on some so that they could continue to instruct the church, for the New Testament was not yet written. Those inspired men and women became the guardians in Paul’s absence.

Obviously in our own day, because miraculous gifts have ceased and the apostles are no longer living, we don’t have guardians in the way the Corinthians had them. Here’s what I think we should take from this passage:

The apostles are, in a sense, our fathers in the faith.

Paul refers to the house of God “built on the foundation of the apostles and prophets, with Jesus Christ himself as the chief cornerstone” (Eph 2:20); when John saw the wall of the heavenly city, it “had twelve foundations, and on them were the names of twelve apostles of the Lamb” (Rev 21:14). The apostles are our fathers in that it is their words of inspiration we follow to have faith.

In that analogy, every preacher or teacher is a guardian.

My role as a preacher is to lead you to Scripture that you might understand the will of God. In a very real sense, I don’t think I’m really the teacher; it’s the Word of God which should be our teacher, and I am simply leading you to that Word that you might be taught.

Because Paul was their father in the gospel, he asked the Corinthians to imitate him, v. 16. Children in the ancient world were expected to model themselves after their fathers. Jesus likely became a carpenter because that was his father’s occupation. The fact that in Scripture fathers are often the ones given the responsibility for the training of children likely comes from this idea of children modeling their fathers.

Paul encourages the Corinthians to model him. This isn’t the last time that Paul is going to encourage the brethren at Corinth to follow his example. He does so famously at 11:1—“Follow my example, as I follow the example of Christ.” We know that an example is one of the most powerful teaching tools available, but I’m amazed that Paul felt confident enough to say, “Hey, follow my example.” How many of us would feel confident enough to say to our children, “You do what I do”? There’s that old adage, “Do as I say, not as I do.” You know why that adage is there: it’s hard to live consistently as we preach. But notice that in verse 17 Paul declares that he teaches the same thing and lives the same way in every church. Could we tell our children, “Do as I say and as I do”?

Paul tells the Corinthians that he is sending Timothy to them to remind them of his way of life. Timothy delivered this epistle to the Corinthians, and from the wording here, Paul intended for him to stay with them for some time so that he could provide a good example.

Again, notice the importance of examples. Scripture is full of the positive influence of a good example. “You are the salt of the earth. But if the salt loses its saltiness, how can it be made salty again? It is no longer good for anything, except to be thrown out and trampled by men” (Matt. 5:13). About having an unbelieving spouse, Paul wrote, “How do you know, wife, whether you will save your husband? Or, how do you know, husband, whether you will save your wife?” (1 Cor 7:16).