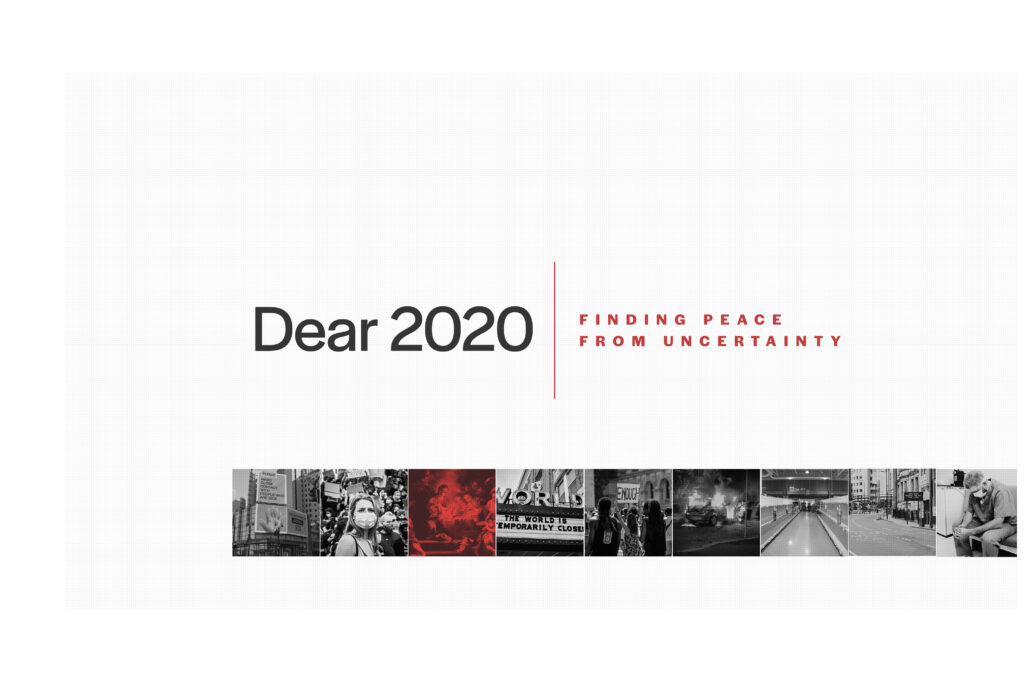 2020 presented us with plenty of challenges. We saw a virus come from China, infiltrate the globe, and bring shutdowns right and left—Many of us have stayed home more in the last year than we ever thought we would; others have lost jobs they spent years building. We saw racial tensions reach a boiling point this past summer—black men and women were needlessly murdered, and riots followed. Hurricane after hurricane threatened us here on the Gulf Coast—I drove through Lake Charles when I first came down here, and it looked like a nuclear bomb had been detonated. The year ended with a “strange” presidential election; regardless of what you believe politically, you must agree that it was an election like nothing else we’ve seen.

Unfortunately, 2021 hasn’t started on the best terms. On January 6, we saw an insurrectionist mob storm our nation’s Capitol; I spent part of that day texting with a dear friend who lives in the District to make sure he was okay. We are starting to see new strains of COVID-19 emerge, and we have no way of knowing how those new strains will impact our daily lives.

I’ve written a couple articles recently about years far worse than 2020. I noted that historians often pinpoint AD 536 as the worst year on record because of the consequences of a volcanic eruption in Iceland. I also pointed out that many of the events recorded in Scripture from the Flood to the Babylonian Captivity to the betrayal and death of our Lord Jesus make some years far worse than we’ve ever seen.

Over the next few weeks, I want us to think about a single event that changed everything for all time—the Fall of Man. If there were ever a year that forever changed history it would clearly be the year when Eve reached out her hand, plucked fruit from the Tree of the Knowledge of Good and Evil, ate of that fruit, and gave to her husband who also ate of it. That one act opened the Pandora’s Box of tragedy we see all around us—every sin, every death, every disease, and every heartache go back to that one event. I think it’s wise, therefore, that we give some serious attention to the Fall of Man and how our lives are impacted by it.

Tonight, we need to start at the very beginning and ask, “How did we get here?” What caused Eve to eat that fruit? We could give many biblical answers, but if we look at the episode chronologically, the very first chink in the armor was the masterful way Satan twisted the word of God. If you don’t hear another word I say, I want you to hear this: “Satan twists God’s word.”

The serpent was more crafty than any of the wild animals God had created. One writer rendered “more crafty” as “malevolent brilliance;” that really gets to the point. Satan is certainly being brilliant here, and it’s in the most malevolent way, for it’s going to lead all man into sin.

He said to the woman, “Did God really say, ‘You must not eat from any tree in the garden?’” God had said nothing of the sort; in fact, God had said precisely the opposite: “You are free to eat from any tree in the garden” (Gen 2:16). The caveat, of course, is that Adam and Eve could not eat of that one tree—the Tree of the Knowledge of Good and Evil (Gen 2:17). Apart from that single tree, Adam and Eve could eat anything else they wanted.

Satan comes along, however, and says, “Wait, just a minute. Eve, look here at all that God has created and see how delicious it seems. Did God really say you can’t have any of this tasty food?” Because Satan inserts the one word “not” into God’s command, the serpent convinced Eve to look at what she could not have instead of all the bounty she did have. Such a slight change, but one with big consequences.

What changes do you need to make in your life because “Satan twists God’s word?”

One: You need to spend serious time studying the Word of God.

Because Satan can so subtly and gently and brilliantly twist what God has said, we’d better be sure we know God’s word. Eve told the serpent: “We may eat fruit from the trees in the garden, but God did say, ‘You must not eat fruit from the tree that is in the middle of the garden, and you must not touch it, or you will die’” (Gen 3:2-3). Notice the subtle way Eve herself changes the word of God:

We must know what the Word of God really teaches if we are to follow it. To the Sadducees who questioned him about the resurrection, Jesus said, “You are in error because you do not know the Scriptures” (Matt 22:29). You certainly don’t want Jesus to be able to say that to you! And the only way to keep him from being able to do so is to be spend serious time in Bible study.

Set aside time every day this week to study the Word. Dig into the Word to see what God wants you to know and to do.

Two: You need to commit Scripture to memory.

If you want to be certain you know the Scriptures when Satan tempts or when we hear error, we need to have Scripture at the ready; the only way to do so is to commit Scripture to memory. Quoting God in Jeremiah, the author of Hebrews said, “This is the covenant I will make with them after that time, says the Lord. I will put my laws in their hearts, and I will write them on their minds” (Heb 10:16).

If you want the word written on your heart, spend some time committing sections to memory. Start with simple sections and move to move difficult ones. Let the word of God dwell in you and shape who you are.