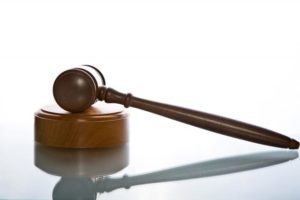 Ishimatsu Yoshida was accused of murder in Japan, and two men testified against him. He spent the next 23 years in prison for a murder he did not commit. Finally, Yoshida was released from prison, and he began a search for the two men who sent him to prison. He soon found one of the witnesses, and he compelled him to admit that his testimony was false and that the murder had actually been committed by the other witness. Yoshida immediately intensified his search for the other witness, and he finally found him. Yoshida flew upon him with a rage that could only come from being wrongly imprisoned for over two decades. Yoshida told the man, “Confess that you committed the murder.” As Yoshida continued to attack, the false witness finally admitted, “Yes, I confess, I killed him.” Ishimatsu Yoshida was able to gain a new trial and complete exoneration, but he could not get back those 23 years.

Occasionally, we’ll hear horrible stories about individuals being sent to prison for crimes they did not commit. Our text for this morning describes a trial where Jesus was wrongly accused and wrongly convicted of a crime he did not commit. “Those who had seized Jesus led him to Caiaphas the high priest, where the scribes and the elders had gathered” (v. 57). According to later Jewish legal codes, this trial was illegal for at least three reasons: the trial took place at Caiaphas’ home rather than the Chamber of Hewn Stone in the temple; the trial took place at night – capital trial had to take place during the day; and only after a full day had intervened could the Sanhedrin render a verdict. Although these legal safeguards may not have been practiced widely in Jesus’ day, the way this trial takes place indicates that the Jewish aristocracy wants Jesus dead at any cost.

“The chief priests and the whole council sought false testimony against Jesus that they might put him to death,” verse 59. Whether the trial was illegal – as I think it probably was – or not, it was certainly unfair, for the judges are earnestly seeking testimony that will convict Jesus. They don’t care one bit about truth. “Sought” in the Greek is literally “were seeking” – the idea is that the chief priests and the Sanhedrin were continually looking for false testimony.

“They found none, though many false witnesses came forward,” verse 60 – Several people came forward and lied about Jesus, but they could not find the testimony needed to hand Jesus over to the Romans to have him crucified.

I wonder, also, if the claim that Jesus would destroy the temple doesn’t come, in part, from Matthew 24. When Jesus and the disciples left the temple, Jesus told the disciples, “Truly, I say to you, there will not be left here one stone upon another, that will not be thrown down” (v. 2).

These Jews weren’t interested in the truth about Jesus – they weren’t interested in investigating the truth about Jesus, they were determined to kill him. How many people today are determined to reject Jesus? The Jews didn’t want to hear the truth because it didn’t allow them to do what they wanted (viz., kill Jesus). Thus, the Jews found false witnesses. What are we going to do when the truth runs counter to what we desire? When we read Scripture and it runs counter to what we believe or what we desire to do, what will we do? Will we obey truth, or will we attempt to rationalize it away?

The high priest said, “I adjure you by the living God, tell us if you are the Christ, the Son of God,” verse 63. “Adjure” means to exact an oath; Caiaphas basically says, “Tell me, under oath, are you the Christ.” Caiaphas wants Jesus to state whether or not he is the Christ.

Jesus said to Caiaphas, “You have said so. But I tell you, hereafter you will see the Son of man seated at the right hand of Power, and coming on the clouds of heaven,” verse 64. Jesus told Caiaphas, “You said it. That’s exactly who I am.” You have said so was a common way of saying yes in the Jewish world.

Jesus told Caiaphas, “You will see the Son of man seated at the right hand of Power, and coming on the clouds of heaven.” This is an apocalyptic statement, and we need not press it too literally. This is the way Jewish people often spoke, and Caiaphas clearly understood what Jesus was saying. Daniel 7:13-14 clearly stands behind this passage. It is undoubtedly because of this passage that Jesus called himself the “Son of man.” This passage pictures Jesus as going before God’s throne and becoming a king, receiving his kingdom.

Jesus was condemned to death, verses 65-66. Caiaphas tore his robes and said, “He has uttered blasphemy. Why do we still need witnesses? You have now heard his blasphemy. What is your judgment?” One who had heard blasphemy against the divine was instructed to tear his garments; Caiaphas’ rending his garments indicates that he believes he has heard blasphemy. He looks at those with him and says, “Why do we need any more false witnesses? This man has uttered blasphemy. Let’s kill him.” The Sanhedrin said, “He deserves death.”

Jesus was mistreated, verses 67-68. Public flogging was permitted by Jewish law, but the behavior here – spitting on, striking, and taunting – was prohibited by Jewish law. The rage the Sanhedrin felt could not be restrained, and they commit acts Jews weren’t supposed to do – they spat on Jesus, they struck him, they slapped him, and they taunted him.

Many came and testified falsely about Jesus, but he stepped forward and testified truthfully about himself. When he did speak truthfully about himself, he suffered dire consequences: he was abused and sentenced to die. There are times in our lives where we might be called upon to speak openly about Jesus, and we might have to suffer consequences. Teens, what are you going to do when someone asks you at school what you believe religiously? Will you speak openly and risk losing friends, or will you, like some at Jesus’ trial, speak falsely? Fathers, what will you do when your children want to watch a TV program you know they have no business watching? Will you say, “Jesus doesn’t approve. We won’t do that in my home” and let the chips fall where they may? Or, will you keep silent to keep your children as your friend? What are you going to do when your employer asks you to do something sinful? Are you going to say, “I’m a Christian. I’m not doing that” and risk losing your job? Or, will you just go along with what he wants?

History is full of those who willingly took a stand and suffered the consequences. The apologist Justin stands as a great example of someone willing to suffer the consequences of his faith. Justin had been a philosopher who was converted to Christianity, and he used his philosophical training to defend Christianity. In defending Christianity, Justin had a debate with a Jew named Trypho. In that debate, Justin said, “Although beheaded, crucified, thrown to wild beasts, tortured with chains, fire, and everything else, it is plain that we do not abandon our confession.” When Justin was brought before a Roman court, the prefect Rusticus said to Justin, “First of all, trust in the gods and obey the emperors.” Justin said, “There is no cause for blame or condemnation in trusting the commands of our Savior Jesus Christ.” Justin then died for his faith.