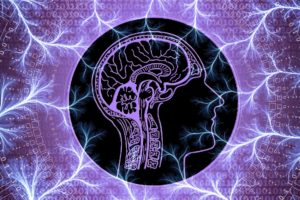 I remember vividly when Jesus Christ came to church. No, I’m not talking about how He assembles with us when we worship – I’m talking about a day when he literally walked in the church building during morning worship. Rupert Warren, a godly soul, was in the pulpit, and “Jesus” shouted that he was Jesus Christ, the Son of God. Brother Warren asked some gentleman to help this man out of the assembly. As the elders and some others approached him, this poor man began to yell that they needed to keep their hands off the son of God.

Mental illness tormented the man who came in the building that Sunday morning. He lived just down the road from us, and he had a wooden board tied to a piece of string, and he would drag that board behind him – the board was his “dog” that he was taking for a walk, and, sometimes, he would stop and pet his “dog” as he walked. I can’t remember this poor man’s name, but I do know that he was hospitalized so that he might receive the help and support that he needed.

Was that mentally ill gentleman responsible for his actions? Not for love or money.

Neither was John Hinckley, Jr., responsible for his actions on March 30, 1981. One of the most fascinating books I’ve ever read was Breaking Points, where Jack and Jo Ann Hinckley speak with heart-breaking detail about their son’s complete break from reality. President Reagan came very close to death because of Hinckley’s schizophrenia. While Hinckley’s not guilty by reason of insanity verdict was ferociously attacked in the media, Hinckley’s mental illness surely removed his responsibility for that attack.

When I wrote not long ago about my mental illness, some of you heard me say that I had no responsibility for any of my actions. If that is the message I conveyed, I miserably failed to communicate. Yes, I suffer from mental illness (bipolar would be the proper diagnosis were it not for the neurological condition – the psychologist says that it’s all just part of one great big package), I take 11 – yes, 11 – psychiatric pills a day, but I firmly believe I bear responsibility for my actions. My psychologist, a retired Anglican priest, describes it this way: The “bipolar” drives me up to the door, but I choose to get out and open the door. A propensity does not make an excuse.

Man has looked for excuses since he has walked this earth. When Adam sinned, he blamed Eve; Eve blamed the serpent. When Moses came down Mt. Sinai and found the golden calf, he asked his brother what had happened; Aaron said the people gave him their gold, he threw the gold in the fire, and the golden calf just popped out. Saul did not destroy all the spoil of the Amalekites, he said, for he intended to sacrifice the best to the Lord. Yet, we know “they have no excuse for their sin” (Jn 15:22).

Every single time I get angry and start behaving in the lust of my flesh, I sin against the Holy One of Israel. I may have a driver who takes me right up to the door of anger, but no one forces me to get out of the car and walk through that door. If I allow the anger to spew, I lose control and I have a hard time even remembering what happened – that part is, too, mental illness; yet, I would liken it to a drunk who gets behind the wheel of an automobile – he may not remember driving, he may not remember killing your daughter on her way home from her nightly shift at Chick-fil-A, but he chose to take the first drink. That’s the way my anger works: I’m driven there by faulty brain wiring and it may get out of control because of faulty brain wiring, but I walk through the door. In other words, the gun is loaded for me, I pull the trigger, but I’m powerless to stop the bullet. How do I know I don’t have to get irrationally angry? I’ve been able to control it. If I keep my mouth shut for a few minutes, the almost insatiable desire will pass, and I can find peace and keep from hurting those whom I love.

Why share that I struggle with a mental illness and even some of the forms that it takes? I pray that it might prompt you to get treatment should you need it. I pray that I can help remove some of the stigma of mental illness in the church – sometimes, it’s not simply a matter of not studying Scripture enough or not praying enough or not being devout enough. I pray that we can all come to the reconciliation and forgiveness our God offers through the Resurrected Christ.

With the help of a good neurologist who prescribes the right medications, a good psychologist who helps me correct behavior, an understanding wife who loves me through thick and thin and will fight tooth and nail for me, a family who loves me in spite of my many flaws, and brethren who pray for me, I’m overcoming and winning the victory. You, too, can find peace, healing, and forgiveness at the foot of the Cross. If you go there, God will walk with you as He has walked with me.